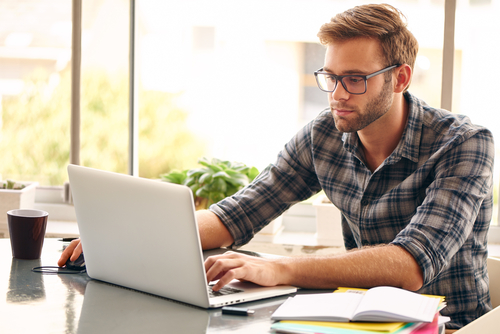 Keeping up with great theology blogs is a good way to grow and maintain one’s faith. Whether you’re a pastor, a theology student, or simply a passionate member of the lay clergy, routinely perusing the theological ideas of others is an important method of learning when it comes to religion. That’s why we researched dozens of websites to come up with 30 of the best blogs for ministers and theologians. While some of these blogs are written by just one person, others are put together by a whole team of knowledgeable writers. Although some of the following websites feature new articles every day, others are updated weekly or monthly. Despite their differences, the following 30 blogs have one very important things in common: they offer enough thought-provoking material and helpful advice to make them must-reads for anyone interested in theology.

Those interested in Christian apologetics will want to bookmark Alpha and Omega Ministries. The blog is run by the prolific author James White. White publishes a number of apologetics-themed articles each month, while also producing similar webcasts and podcasts. Recent articles include:

Bart Ehrman runs this popular blog, which is subtitled “The History & Literature of Early Christianity.” A must-read for theologians and church leaders, The Bart Ehrman Blog consists of articles related to the New Testament and early Christianity. Most articles are available to the public, though some are only available to paying subscribers. Recent public posts include:

Bible Gateway is one of the most visited Christian websites. Associated with HarperCollins Christian Publishing, Bible Gateway publishes thought-provoking articles about Scripture. Bible-related developments are also written about. Approximately six new articles are posted each week. Recent posts include:

Challies is the popular blog of Tim Challies. Also an author and book reviewer, Challies publishes articles on everything from current Christian reads to trending political topics. In each post, he includes thought-provoking questions and ideas that any Christian is sure to appreciate. Recent articles include:

Though described as an online “magazine,” Christianity Today looks and reads just like a blog. This popular website — one of the most popular Christian sites, in fact — posts a number of articles daily. Topics covered range from Biblical commentary, to social trends and current events, to theological reporting, and everything in between. A few of the latest published articles include:

Church Answers is a popular Christianity blog that all church leaders will want to bookmark. Though the blog’s official lead contributor is Thom Rainer, dozens of writers from around the country actually publish. Each post is geared toward the pastor and church leader. Recent articles include:

Crossway is the popular blog of the non-profit Christian ministry of the same name. Published with the aim of building a better Christ-centered community, Crossway’s blog covers such topics as marriage and family, Christian life, and theology. A few recently published posts include:

Anyone interested in a “post-post-modern” analysis of the Bible will want to check out Euangelion. This unique blog seeks to bring people closer to God by covering a variety of theological topics. Recent published posts include:

Fr. Z is Father John Zuhlsdorf. He provides “clear, straight commentary on Catholic issues, liturgy, and life” from a no-nonsense, politically Conservative viewpoint. The topics he covers vary widely, ranging from prayer requests and scripture, and current events. In Fr. Z’s own words, his blog attempts to “point our discussions back to what it is to be Catholic in this increasingly difficult age, to love God, and how to get to heaven.” Recent posts include:

For those interested in philosophical theology, there is Helm’s Deep. Helm’s Deep is the blog of Paul Helm, a professor of history and philosophy of religion at King’s College in London. Helm writes long, thought-provoking papers, which he posts on his blog each month. Recently published posts include:

Multiple posts appear each day, and each one aims to help women grow in their faith whilst living in the modern world. A few recent posts include:

James Alison is a Catholic theologian, priest, and author based in Spain. Alison is known for his “firm but patient insistence on truthfulness in matters gay as an ordinary part of basic Christianity, and for his pastoral outreach in the same sphere.” His blog is an outlet for this outreach, and new posts are published frequently. Recent articles include:

Life.Church is an open-network blog which aims to help churches reach wider audiences. Articles are published frequently, and cover various resources that can help a Christian organization grow. A few of the most recently posted blog posts include:

Liturgy is the blog of the New Zealand-based Rev. Bosco Peters. Subtitled “Spiritual practices for a digital world,” the site provides individual readers and their communities with ecumenical resources. It also includes reflections on liturgy, spirituality, and worship. Posts are published multiple times each week. Recently published articles include:

Mere Orthodoxy is the work of a small group of young Christians. The result of their efforts is that Mere Orthodoxy is now one of the most popular Christian blogs on the internet, and one of the most respected. New articles are published daily. They seek to promote “classical, conservative discourse on all issues of faith, culture, and politics.” Recent posts include:

P. Ost is the impressive work of Andrew Perriman, a professor of the New Testament at the London School of Theology. Perriman describes his theological interest as “how we retell the biblical story as we negotiate the difficult transition from the centre to the margins of our culture following the collapse of Western Christendom.” Approximately four thought-provoking posts are written each month. Recently published articles include:

The Poached Egg is a popular apologetics and Christian worldview website “where apologetics, theology, science, philosophy, history, and pop culture collide.” About six new posts are published each day. Recent articles include:

Ron Edmondson is the pastor at Immanuel Baptist Church. His blog — which is subtitled “Thoughts on leadership, church and culture” — is aimed at lead pastors. Edmondson’s content mostly includes fresh perspectives on leadership advice and church culture. Recent blog posts include

Julie Roys is the voice behind The Roys Report. Roys uses her training as a journalist to explore important issues facing Christians and those interested in spirituality. Posts are published daily, and look at current events through a Christian lens. Recently published articles include:

Tabor Blog is the blog of Dr. James Tabor, a Biblical historian, archaeologist, and author of The Jesus Dynasty. Dr. Tabor publishes approximately seven new articles each month related to religious matters presented by both the Bible and the modern world. Recent blog posts include “The Bible and Its Sources: Is the So-called Documentary Hypothesis Defunct?”, “The Book of Genesis: Standing on Holy Ground,” and “Sorting Out the Jesus Family: Mother, Fathers, Brothers and Sisters.”

Teaching Theology is a popular blog for theological educators written by Graham Cheesman. The UK-based Cheesman posts commentary on important issues; quick, pithy articles; and kernels of wisdom and inspiration for those who teach religion in all its forms around the world. A few of Cheesman’s recently published articles include:

Think Theology is the work of a small group of thinkers and writers who are passionate about the Church. Each day, a new blog post is published which helps readers engage with deep theological questions. Topics covered range from prayer, current events, ethics, and more. Recently published posts include:

Thoughts About God is a popular Christian blog which provides daily Christian devotionals. Each devotional is written by either a man or a woman for their respective audience. Each inspires readers to think about the ways in which they can grow with God. Posts are published daily. Recently published articles include:

Tony Morgan, the Chief Strategic Officer at The Unstuck Group, blogs to help churches get “unstuck.” That is, Morgan hopes to reverse the trend that has 80-85% of American churches plateauing or declining. To achieve his goal, Morgan presents topics meant to challenge leaders to reconsider the ways in which they lead. Recent blog posts include:

In 2010, a group of Scottish students at the Institute for Theology, Imagination and the Arts decided to collaborate on a blog in order to bring the conversation of theology and the arts to a broader audience. The result is Transpositions, one of the most popular blogs of its kind on the internet. Approximately three new posts are made each month, covering topics like:

What Christians Want to Know

What Christians Want to Know is a blog which has become one of the most trusted sources for Christians worldwide. The writers behind the blog post daily updates which include Bible verses and stories, inspiring quotations, and Biblically based answers to the most sought-after Christian questions. A few recently published posts include:

Whispers in the Loggia

Whispers in the Loggia is the work of Rocco Palmo, one of Catholicism’s best known chroniclers. Known as the “Church Whisperer,” Loggia blogs about living a Catholic life, Catholic doctrine, and Catholicism and politics, among similar topics. New posts are published 1-2 times per month. Recent posts include:

The Women of Faith website has become of the most popular websites for Christian women. The site’s blog publishes articles by Sheila Walsh, Marilyn Meburg, and other well-known Christian women. Blog posts cover a variety of topics relating to Christianity and womanhood. They always include a bit of humor and inspiration. Recent articles include: