Much like secular institutions with no religious affiliation, some Christian colleges and universities rank highly for the quality of their programs, as well as for the salaries their graduates earn. In choosing a college, a future student may wonder whether it’s possible to earn a higher salary with a degree from a Christian college than from an institution that isn’t affiliated with a Christian denomination. 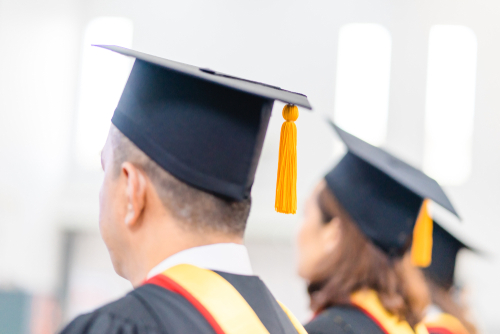 Well-Regarded Colleges That are Christian

Several universities and colleges throughout the United States are very well-known and are also affiliated with some form of Christianity. These schools have founders affiliated with denominations like the United Methodist Church or the Roman Catholic Church.

One of the characteristics that many of the schools have in common is the fact that students from any faith may often attend these Christian schools. Some Christian schools require a statement of faith from their students, but many major Christian universities that offer prestigious degrees and programs are relaxed in their approach to religion.

Several colleges were founded in the years before the Declaration of Independence was written, and all nine of the so-called colonial colleges were affiliated with a Christian denomination. Harvard University, which started its existence as New College, was a Puritan school. The College of William & Mary started with a Church of England connection. Princeton University was founded by the Presbyterians.

Although the majority of the country’s earliest universities have become nonsectarian, their original status as Christian-affiliated schools is a testament to the long history of institutions founded or associated with religion.

The National Association of Colleges and Employers (NACE) indicates in their annual survey that college graduates enjoy an overall average starting salary of $50,944. The report takes numbers reported by around 350 colleges and universities around the United States and averages the entry-level pay of more than 82,000 graduates.

Interestingly, the entry-level pay for many of the best Christian schools in the nation is well over the national average. According to a list of the best religious schools with high salary potential by PayScale, graduates of Santa Clara University, which is a Jesuit institution, may earn $69,900 for early career pay. Graduates of Duke University, which was founded by the United Methodist Church, may see early career pay of $71,100.

The simple answer to the question of whether it’s possible to earn a higher salary from a Christian college is yes when the college offers graduates the potential for high entry-level pay or high mid-career pay. The complicated answer is that a school’s status as a Christian school isn’t necessarily a determining factor for whether a graduate with a degree may earn a higher salary. Many issues influence whether a Christian school offers its graduates valuable degrees, and it’s more important to focus on characteristics like graduation rates and accreditation status than religious affiliation.