Christian students who are preparing to enter the adult world of university are caught up in the dilemma of whether they will get a better education in a secular school or a Christian institution. What is the implication of studying in a faith-based school where faculty might be biased and the degrees all focused on Christian world views? It turns out that there is bias on both sides, and both sides focus on turning out competent and rational professionals.

Specialized accreditations are those that cover a specific program or department. Engineering programs, for instance, may be accredited through the Accreditation Board for Engineering and Technology (ABET). This is true whether the school is Christian or secular.

Many of the highest-ranked schools began as religious institutions. Among these, Harvard, Yale, Rutgers and others have since abandoned their religious affiliations and become secular. Schools like Notre Dame, Boston College and Georgetown University retained their religious identification and yet they are listed in the Forbes Top Colleges rating. Enrollment at Christian schools is up, and the faith component may be partially responsible.

According to a 2007 study by Neil Gross and Solon Simmons, cited in an article in The National Review, 90.2 percent of faculty identified themselves as either liberal or moderate. Among those who claimed to be moderate, liberal views were common. The issue is that only a fifth of the public considered themselves as liberal. There is, according to the study, a “disconnect” between the faculties and the American people. Students attending the secular schools are being influenced through their professors, and that influence is creating a rift in American politics and culture.

How does that reflect on the quality of education? It seems that faculty in Christian schools are becoming more diverse. The schools are reacting to the atmosphere of secular institutions by encouraging dialog and debate. This plays out in producing graduates who have critical thinking skills and who can make evidence-based decisions.

Related Resource: 50 Most Beautiful Christian Colleges in the U.S.

Along with encouraging debate, Christian schools are beginning to enlarge the scope of their programs to be globally inclusive. Some of that involves a missionary effort, but that is the nature of the Christian character. Many faith-based institutions are urging students to take international study opportunities and to pursue internships abroad. 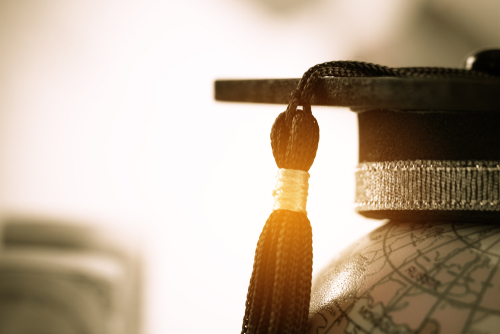 People who attend Christian universities and colleges do so because they are comfortable in faith-based surroundings and because they want to study courses that acknowledge God in their foundations. Students who are careful to check accreditations and who look at the character of degree programs should need to question the quality of their Christian educations.