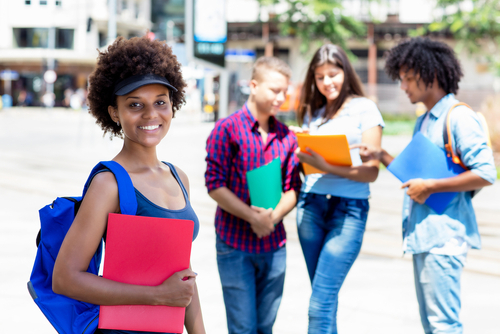 Enrollment in Christian school is technically open to all races, but institutional diversity practices depends on a few additional factors. Many parents are looking for an alternative to deteriorating public schools and expensive private alternatives, and a May 2013 piece written for the Witherspoon Institute research center found that religious educations resulted in better academic and behavioral student performance . Many Christian schools state they admit students without consideration of their race, but further research found the reality differs depending on the governing body.

A 2003 survey administered by the United States Department of Education revealed there were approximately 2500 religious schools operating across the nation. Most ran under well-known sects including the Amish, Roman Catholic and Non-Denominational Christian groups. According to author H. Richard Niebuhr, every school falls into one of three evangelical categories.

Type I institutions view the outside world as hostile to biblical teachings and equip students to serve as aggressive missionaries. The schools are usually headed by a local church.

Type IV schools have connections with the outside world and see religious education as a better alternative to public schooling. Students receive biblical training in conjunction with traditional academic components like foreign language.

Type V education focuses on connecting with the outside world and helping them understand God.

Type I and IV curriculum relies heavily on items as decided by the church and parents. Type V learning centers around natural talents and teachers serve more as intellectual cheerleaders for their progeny. Parents of students in Type IV and Type V schools tend to have more education than their Type I counterparts, which is typically synonymous with more open-minded opinions.

Admissions policies for many schools state that learning is open to all interested students, regardless of race, creed or color. Attendees must adhere to all academic philosophies and willing to attend religious services on a regular basis. Some schools require that the student’s family be current members in good standing before submitting their application. Recent information collected on diversity within Christian schools found that an open admissions process really depends on the individual school (see below).

Where schools fell within Christian education categorization tended to affect institutional diversity. Conservative Type I schools remain weary of individuals seen as outsiders and are less likely to allow them into their inner sanctum. Type IV institutions are less cloistered, but remain on-guard for anyone who would deter their teachings. Both school types thrive on the basis that everyone thinks alike and adheres to the same standards and practices. Type V learning would be the most conducive to a diversified learning environment.

To sum all this up, the short answer is no – a person technically does not have to be a particular race to attend a Christian school. However, doctrine at some locales may make it difficult for anyone deemed as “different” to seek admission. Unfortunately, many view sameness through skin color. As a rule of thumb, schools that limit contact with the outside world are less likely to admit students of a different race.  You should always do the research to see if the school you are considering others consideration for ethnic diversity, such as Trinity Christian College, which has created a committee to promote racial understanding.