Although most degrees go through a constant change in demand, journalism has remained one of the most consistent majors for college students of all generations. Why? It is in part because the career outlook for people in this industry is nothing short of outstanding.

Becoming an editor is one of the most common things that journalist majors do upon graduation. While there are many responsibilities here, the main job duty is to oversee the entire publishing process. That means looking into everything from original writing, making changes to the drafts, and approving final content that will be featured. Some of the most important skills include communication, team management, and research. Editors will also need to know how to provide constructive criticism to their writers. That means that they must be great writers themselves. 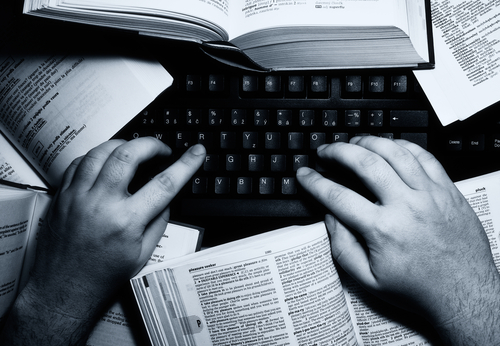 A reporter is someone who still partakes in the publishing process. Unlike an editor, however, they do not oversee it. They are the ones that usually start it off by reporting new stories that subsequently enter the editorial process. If they meet all the guidelines and satisfy the reviewer, they end up getting published. Reporters are usually going to be on the move as they look for new things to write about. Of course, one could work for a wide range of magazines, newspapers, or online outlets across all industries. So, while one reporter may constantly discuss politics, someone else may choose to focus on the entertainment world.

Most universities offer journalism and public relations (PR) degrees through the same department. That tends to be some form of communications or media-based department. Surprisingly, a lot of employers do not look into the differences between these two. Instead, journalism majors are almost just as likely to land a PR position as someone who has a degree specifically from this area. The job itself is based on ensuring that the company maintains a public image characterized by success, innovation, community involvement, and similar. The PR specialist is tasked with constantly seeking new ways to help the brand get closer to their audience.

Although people who specifically want to become writers usually pursue English or creative writing majors, there has been a ton of successful journalists in this area. Some of the most popular examples would be Charles Dickens, Mark Twain, and Ernest Hemingway. Besides creative content, journalists can always venture into technical writing where they publish their opinions on topics related to their industry. For example, someone who reports on sporting events could easily develop their column or blog where they evaluate sporting teams, players, and games.

According to the Bureau of Labor Statistics, the total of 249,600 United States advertising specialists from 2018 had a median pay of $132,620. Besides being the highest level of earnings on this list, that number is also much greater than the vast majority of all other jobs in the nation. Luckily, those who major in journalism will have the ability to enter the advertising scene. It is fair to expect some follow-up training, however, as journalists seldom possess all enough marketing knowledge. Nonetheless, the earning potential accompanied by an extremely exciting job certainly makes the advertising specialist position one of the main frontrunners here.

It is not uncommon for some professionals to combine a few of the aforementioned jobs. For instance, a lot of editors also work as reports. A lot of reports also work as technical writers. In the end, journalism is one of the best career choices for anyone who would like to have a wide range of exciting, creativity oriented, and well-compensated options after graduating.