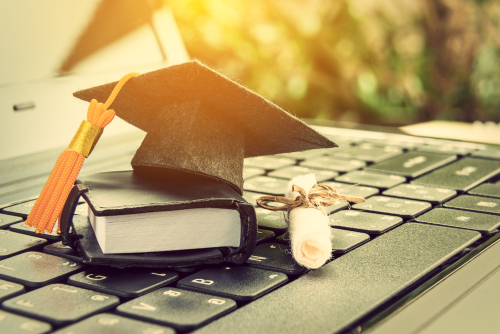 It is the goal of many people of faith to send their kids to a Christian college; however, many of these parents are concerned about the cost of a Christian college compared to the cost of a public university. The reality is, many factors influence the price of a school, and while cost is certainly an issue, there are other factors to consider as well. Christian colleges are private colleges. That fact often has as much or more to do with the college’s price as its label as a Christian college. Parents who are trying to save up for their child’s education can often use the costs of other private institutions as a guide.

That being said, the cost of all colleges are going up, whether they are private colleges or public universities, according to an article on the US News and World Report. In 2019, college costs increased by 4 percent at public colleges this year and by 3 percent at private colleges during the same period.

Last year, the average price of attending a private university was about $50,000, though a small percentage of them came in at $20,000 or less. To attend the local public university costs almost 75 percent less in some cases. Average tuition and fees for public universities hovered around $10,000.

Other costs can also influence the price of attending a university, too, including whether a student needs to travel out of state to attend the school. In these cases, costs like plane or long-distance car travel or apartment setup can increase a school’s bottom-line cost, regardless of whether the school is public or private.

Not all Christian colleges will cost between $20K and $50K, however. What the sticker price of a college doesn’t tell future attendees is that financial aid, particularly free financial aid can reduce college costs significantly. Scholarships and grants make attending college possible. For some students, who are good about attracting scholarships, college costs even less. Sometimes, it’s even free for this reason.

However, there is also a different breed of Christian college out there, like College of the Ozarks, Berea College and Barclay College, that charge no tuition at all. These schools get their funding from private donations. Students at the colleges are often also expected to work between 10 and 40 hours a week to contribute to the costs of their education.

Parents who want their children to attend a Christian university do have some options. However, these options require that parents are willing to do some legwork to make it possible for their kids to attend their school of choice.

The key to finding the right fit is to do research. Before their kids graduate, these parents and their kids should be looking for scholarships and grants to fund their education. They can also look into the tuition-free Christian universities. If they do those things, then the cost to attend a Christian college will be as much, or even less, than the cost of a public university.