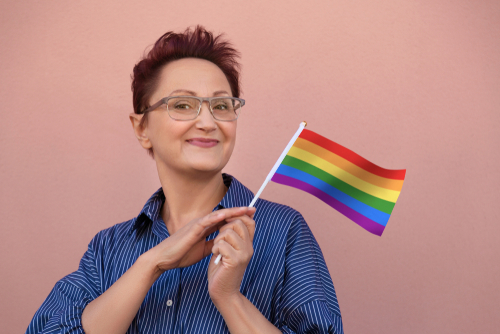 In the past, a Christian college would not even consider hiring LGBT professors, but now many schools are changing their hiring procedures to accept diverse lifestyles. If you are interested in learning more about religious colleges and how their recruiting processes and even their acceptance rates are affected by ideals and God-centered beliefs, it is important to learn what is permitted and what is not permitted.

While some may believe that it is discrimination to choose not to hire a faculty member because of their sexual identification or their sexual orientation, for-profit religious colleges operate under different rules and may have more freedoms. Read on, and find out what policies apply to recruiting LGBT faculty and how colleges are becoming much more tolerant.

What Were the Policies Surrounding LGBT Faculty in the Past?

Society is changing and it is up to Christian colleges to keep up with these changes. In the past, when American society primarily consisted of Christians, it was not out of the norm for evangelical colleges to overlook applicants who openly identified as homosexual. Some colleges were open to hiring gay faculty members as long as they were celibate and did not act on their same-sex desires. These faculty members may have been eligible for employment, but would receive treatment on same-sex attraction and a deep level of healing, according to the Church. Now, in a society that is not dominantly Christian, recruiting processes have changed and celibacy is no longer a requirement to Christians who are gay or transgender.

As new laws are being passed surrounding gay marriage and other LGBT rights, some Christian colleges have realized that hiring policies need to be reviewed and rewritten. This is why two very popular institutions have announced that not only celibate gay professors can apply, but so can faculty members who are in same-sex marriages.

This new policy has not been enforced nationwide, but the fact that both Eastern Mennonite University and Goshen College have adopted rules to welcome gay faculty members is a promising shift towards tolerance and acceptance. Now, no pledge of celibacy is required for scholars who are not straight to teach at a Christian-centered college that focuses on relating subject matter to the Word of God. It is important that faculty members know that not all colleges within the Council of Christian Colleges and Universities have changed their hiring policies. This small shift shows that the institutions are beginning to take a new stance on sexual orientation and who is eligible for employment.

Is it Unlawful to Deny Jobs to the LGBT Community?

While it may sound unlawful, religious colleges do still discriminate against LGBT staff members and students. Students are told to obey the laws of the land but the colleges do still acknowledge that some of these laws are not supported or considered to be morally acceptable. While it may sound unlawful, religious colleges can take anti-gay stances because there is no Federal law that prevents schools from enforcing discriminatory policies. As long as these institutions have exemptions, there will be controversy no matter what the law of the land says.

The recent gay marriage ruling has started a widespread debate as to whether or not LGBT staff should be hired by Christian colleges. While some colleges are taking a modern stance on the subject, others are not. Luckily, there is more than one Christian college that has announced that LGBT professors are welcome to apply.