There are many misconceptions about master’s degrees in religious studies, not only in terms of job outlook but also job types. This may make would-be graduate students in such programs reluctant to enter this course of study. However, job prospects for those who have a Master’s in Religious Studies are quite broad. The reasons why there are so many misconceptions may have something to do with this belief.

First, it’s important to note that a degree in religious studies is different than a degree in theology. One degree, theology, prepares its students for work as clergy and is usually more faith-based. It also often emphasizes one religion above all others, because the end goal is to get a job advancing that faith in some way. For example, a degree in theology from an Adventist university would likely prepare its holder for work as a pastor in an Adventist church.

On the other hand, a degree in religious studies looks at many different religions from a more intellectual point of view. The people who get jobs because they hold this degree do so, in part, because they bring a multicultural viewpoint to the work environment. In this case, their study of religion provides a cultural lens through which this job seeker sees the world and the work environment. Finally, a degree in religious studies doesn’t always lead to work as a theologian, but it doesn’t exclude the possibility, either.

Because a Master’s in Religious Studies gives its holder a look at cross-cultural issues through the lens of world religions, this degree opens up a wide range of job possibilities. While the following list isn’t exhaustive, it is indicative of the kind of work a graduate of a religious studies program can get.

According to The Other Journal, the outlook for people in the religious studies and theology fields has been good in recent years. While many people believe that there are no jobs for people who hold such a degree, this isn’t the case, particularly among those who teach. The annual salary for teachers of religion range from nearly $40,000 a year to up to $138,000 per year. The salaries for the jobs highlighted in the list above will fall along more traditional lines, meaning that whatever a journalist with a master’s degree makes will be the salary of the journalist with the religious studies degree. The same logic applies to all of the other jobs on the list. 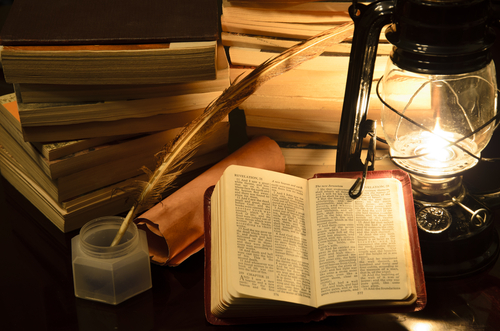 In the age of globalization, the ability to connect with people from different cultures has become extremely important. As such, people who have cross-cultural training are usually in high demand. While earning a degree in a language is one way to acquire cross-cultural skills, other degrees will also provide this kind of training. A Master’s in Religious Studies is one of them. People who hold this degree go on to work in industries, like diplomacy, journalism and teaching. A Master’s in Religious Studies provides an in-depth look at the multicultural issues that can arise due to the differences in religion. Graduates of these programs help to create understanding between different religious groups in their respective jobs.