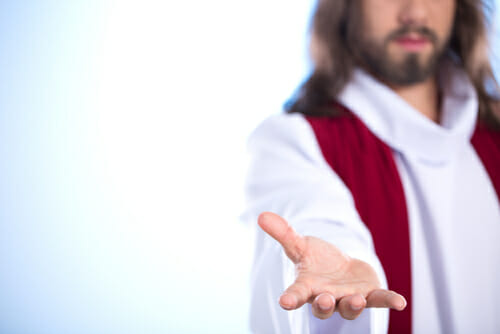 Christian mysticism is the desire to achieve oneness with God. It has existed as a concept since Biblical times, yet it remains as ambiguous as ever. What exactly is the goal of mysticism? Is it a sin? If it’s not a sin, why do so many churches consider it a negative thing? There are a ton of questions surrounding the idea of Christian mysticism, not to mention myriad explanations, views, and opinions. To bring some clarity to what is often considered a complicated subject, we’ve included below the 20 things you need to know about Christian mysticism.

1. Christian mysticism is not an easy thing to define.

Unfortunately, no definition of Christian Mysticism seems to do the trick when it comes to describing the seemingly endless list of characters who have considered themselves mystics over the years. Neither is there really a consensus among scholars as to what, exactly, mysticism is. The philosopher Winfried Corduan offers what is perhaps the most widely accepted definition of mysticism:  “an immediate link with the Absolute.” He notes that this deceivingly simple definition includes the understanding that the stated “Absolute” exists and exists separately from our human world. He says that a link to the Absolute is indeed possible, and finally, that such a link can be “direct and unmediated.” Based on Corduan’s definition of mysticism, D.D. Martin then defines Christian Mysticism as seeking “to describe an experienced, direct, non-abstract, unmediated, loving knowledge of God, a knowing or seeing so direct as to be called union with God.”

2. The roots of Christian mysticism extend all the way back to Hellenistic times.

The term “mysticism” derives from the Greek words μυω (meaning “to conceal”) and μυστικός, or mystikos (meaning “an initiate”). In ancient Greece, a mystikos was someone who practiced a mystery religion, usually involving clandestine religious rituals. This term survived into the era of early Christianity. By then, mystikos referred to the three dimensions of the biblical (interpretation of the scriptures), the liturgical (the mystery of the Eucharist), and the spiritual (the experiential knowledge of God).

Plato, among most important of all ancient philosophers, wrote extensively about the existence of abstract objects existing in a sort of “third realm.” This Theory of Forms seems to provide the foundation for later mysticism. In the 3rd century A.D., another philosopher, Plotinus, expanded Plato’s ideas to include various mystical elements. According to Plotinus and his ideas of Neoplatonism, the soul is capable of elevating itself to obtain unity with “the One.” The early Christian church adopted many of these ideas. Specifically, Plato’s forms were understood to be God’s thoughts.

4. The goal of Christian mysticism is always love.

Scholars, historians, and mystics seem to agree that the goal of Christian Mysticism and of such personal knowledge of God is to know and fully understand love. This correlates directly to 1 Corinthians 13:12, in which Paul the Apostle describes knowing the eternal endurance of love.

5. There are many examples of mysticism in the Bible.

The Bible, and especially the Gospels, contain myriad stories and concepts that have proven vital to Christian mystics throughout history. Some well-known examples include descriptions of the Eucharist and baptism, as well as the recitation of the Lord’s Prayer. The letters of the Apostle Paul are also frequently cited for their mystic qualities, especially those letters in which he compares meditation to repentance.

6. Mysticism flourished during the Middle Ages.

There is a reason so many of history’s most famous mystics lived during the Middle Ages. As Celtic Christianity and Anglo-Saxon Christianity continued to develop, new monastic orders were formed, many of which continued the interest in mystical practices. By the Late Middle Ages, there existed the Dominican and Franciscan schools of thought, the Beguines, the Rhenish-Flemish mystics, and the English mystics, among others. These various strains of mysticism were perpetuated by the writings of Dominic de Guzman (Dominicans); Francis of Assisi, Anthony of Padua, and Bonaventure (all Franciscans); Mechthild of Magdeburg (Beguines); Meister Eckhart and Johannes Tauler (Rhenish-Flemish mysticism); and Julian of Norwich (English), among many others. Though the medieval interest in mysticism waned a bit during the Reformation, the Counter-Reformation brought about a renewed interest in Christian Mysticism.

7. You can’t understand Christian mysticism without knowing the names Ignatius Loyola and Teresa of Ávila.

Ignatius Loyola and Teresa of Ávila are two Spanish saints who have become synonymous with Christian mysticism. Loyola, a minor nobleman from Basque Country, dreamed of glory and knighthood until he was wounded in battle. Loyola is said to have been visited by God during his long recovery, an event that spurred him to author Spiritual Exercises, one of the most influential spiritual books ever written. The book is meant to teach the faithful to open their minds to a “receptive mode of consciousness in which they can experience God.” Known for the ecstasy she felt upon connecting with God, Teresa of Ávila, a nun, has become a favorite saint among Catholics. Teresa compared the necessary action of preparing the mind for a union with God to walking through the various rooms of a castle and watering a garden.

8. Some Christian denominations are more open to the idea of mysticism than others.

Catholics, Anglicans, Methodists, Quakers, Episcopalians, and Lutherans are just some of the denominations that have remained open to the idea of mysticism. However, the extent to which they remain open varies from one to the other. On the other hand, Protestantism, in general, has remained critical — sometimes even resentful — of Christian mysticism since the days of the Protestant Reformation.

The churches associated with Eastern Christianity include the Eastern Orthodox Church, the Oriental Orthodox churches, the Eastern Catholic churches, and the Church of the East churches. They’ve continued to emphasize the link between mysticism and theology in ways that Western churches have not. These churches have even retained a tradition of mystical prayer that dates back to the very beginnings of the Christian tradition.

Christian mysticism is about achieving a certain oneness with God. But many mystics from all religions are quick to remind that God (or Allah or Brahman, etc.) is not really a person, despite the many medieval paintings that present him as such. In the Bible, the saints often point out that God isn’t human. Other religions refer to this God-like Absolute as “original nature,” “fundamental nature,” “ground state of being,” “fundamental face,” and “Tao,” to name a few. Whatever its name, this Absolute is above being and non-being. Some mystics argue that because it is not a human form, the Absolute is therefore attainable.

11. The path to mysticism is threefold.

Traditionally, Christian mystics have described the path to mysticism as threefold: purification, illumination, and unification, corresponding to the body, soul, and spirit, respectively. Sometimes, these three aspects are referred to as purgative, illuminative, and unitive.

Aspiring Christian mystics must begin at purification. This vital element of mysticism emphasizes discipline. This includes prayer at certain times and in certain positions, fasting, and almsgiving (which could also include such activities as volunteering at a homeless shelter or food bank). These Christ-like activities are said to be the “result of the Spirit working in the person, and is not a result of personal deeds.”

13. Mysticism cannot be attained without purification.

According to Evelyn Underhill, the author of numerous books about Christian mysticism, purification is about becoming aware of one’s personal imperfections and finiteness. The purification stage requires both self-discipline and mortification of sorts. When purification has been achieved, the new mystic will have earned a kind of salvation that refers to full healing and restoration to health of the spiritual, psychological, and physical.

The second step on the path to mysticism is illumination. During this step, God (or the Holy Spirit or Absolute) enlightens the mind with truths that cannot be found in scripture or anywhere else in the Christian tradition. But these aren’t just any truths. According to author Evelyn Underhill, these truths have to deal with “a transcendent order and a vision of a new heaven and a new earth.” In other words, what is illuminated has to do with aspects of reality that traditionally only God can perceive.

The third step on the path to mysticism is unification, which can also be referred to as “infused contemplation,” “higher contemplation,” or “Mystical Contemplative Prayer.” Whatever one chooses to call it, this step involves becoming united in some way with God. Though mystics throughout history have reported different specific experiences when it comes to unification, each report agrees that the union unites the mystic with God’s divine love. As stated in 1 John 4:16, “God is love, and he who abides in love abides in God and God in him.”

16. But unification is passive, and cannot be the result of human effort.

Every mystic hopes to achieve unification, but it’s important to remember that unification doesn’t come about through a person’s will or effort. Rather, it must follow three specific characteristics:

17. Historically, unification occurs in one of four ways.

Throughout history, mystics have reported experiencing unification in one of four ways:

18. Some mystics insist the path to mysticism has five steps.

Though most agree the path to mysticism has three phases, there are some who insist on two additional steps. The first of these additional steps is the awakening. During this time, the aspiring mystic begins to understand that there is an Absolute or divine reality worthy of fully understanding. Awakening is then followed by purification.

The second of these additional steps is often called “the dark night of the soul,”  a compelling phrase inspired by the language of St. John of the Cross. Only a fortunate few experience the dark night of the soul, which is described as the final “surrender to the hidden purposes of the divine will.” It is usually accompanied by confusion, helplessness, and an awareness that God’s presence has withdrawn.

19. Within Christian mysticism, two general tendencies can be identified.

These two general tendencies are Apophatic Theology and Cataphatic Theology. Apophatic, meaning “stillness” or “imageless,” seeks to understand what God is not. This is the vein of mysticism written about in the anonymous Medieval work The Cloud of Unknowing. On the other hand is Cataphatic, meaning “imaging God.” Cataphatic Theology is about understanding God by coming to know what He is, and is the type of mysticism favored by such figures as Dame Julian, St. Francis of Assisi, and St. Ignatius Loyola.

20. Many famous mystics of the past were inspired by Paul.

The biblical Paul is the inspiration for many mystics, both modern and historical. Paul’s metaphor of the athlete is especially influential, and many mystics have prepared themselves for unification with God through such self-discipline actions as self-flagellation, fasting, and sleep deprivation.