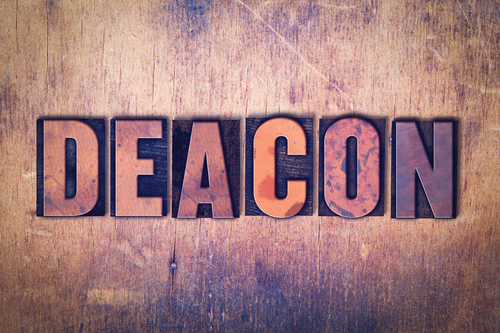 Their duties are similar in most Christian churches, but there are several ways to become a church deacon. Deacons are found in orthodox churches, Catholic churches and less formal churches. They may be the first people guests encounter because the deacons often greet visitors at the door. They may show the newcomer to a seat or point out the nursery or children’s services. Next to the minister, a deacon may be the most recognizable worker in a church.

Deacons are a type of church “officer.” They have a formal position and they have prescribed duties in the church. In some denominations, deacon boards even have some authority over the pastor, and in others, they serve in an advisory or assistant capacity.

In the early Christian church fulfilling all the responsibilities of the ministry was difficult because the church was growing rapidly and because it consisted of several factions. In Acts 6, the apostles were taxed with distributing the assets of the church to the needy and in the day-to-day management of the organization as well as studying the scriptures and praying.

Because the church membership”min consisted of Jews and Gentiles, conflicts arose, especially concerning caring for the widows, each faction claiming their widows were neglected. The apostles decided to elect some men to attend to the more practical duties while they concentrated on the ministerial needs. They decided upon the necessary qualifications for the office and proceeded to select people to serve.

What Do They Do?

Deacons serve on boards. They make policy (not doctrinal) decisions and advise the pastor on church issues. They may collect and count the offering, act as ushers and conduct visitation and needs distribution. In orthodox or formal churches, they may have some duties in conducting the service or arranging for things like observation of sacraments. In fact, in some churches, deacons are often ministers-in-training while in others the diaconate is a career. In small, less-ritualistic churches, deacons may even assume janitorial roles. 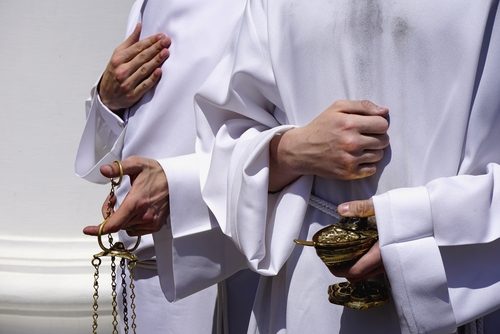 How to Become a Deacon

Catholic deacons must be at least 35 years old according to the United States Conference of Catholic Bishops. Additionally, they must have the approval of their wives to become deacons. The priest recommends an individual to the diaconal board. They then complete a lengthy application process and undergo background checks and even psychological exams. After being approved, they attend a year of classes (known as the aspirant phase) followed by admission into the program as a “candidate.” After about four years of candidacy, the deacon is ordained.

While deacons in Baptist and other protestant denominations do not have such a rigorous entrance requirement into the deacon role, they still are often ordained. It is a less formal ritual, however. First, church members, whether male or female, are nominated by a church member. The current deacon board looks at their qualifications (listed in the Bible) and then recommends them as candidates to become deacons. The church membership votes upon the candidates and chooses individuals to serve terms in the office.

Deacons in more formal or orthodox churches often wear vestments similar to the minister’s robes and even have some ceremonial duties. In less formal protestant churches, deacons may serve less visably. Whether by formal ordination, with a college degree or without, however, deacons perform duties meant to free the ministry for prayer and study.