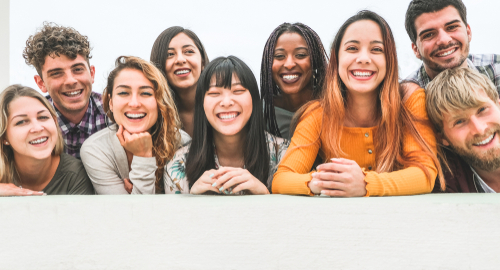 Diversity and today’s Christian college – how truly diverse are these schools? Diversity is defined as “the condition of having or being composed of differing elements, especially the inclusion of different types of people (such as people of different races or cultures) in a group or organization.” Meanwhile, Christian academies are defined bastions of the Christian faith and academic profession wrapped into a single organization. How interwoven are these two concepts – the Christian school today and the pursuit of a diverse community? Let’s find some answers to this great question.

Related Resource: The 30 Best Online Christian Colleges in the U.S.

Today, as we’ll get to very shortly, diversity is not so much an issue at these institutions. In the past, however, this was a different story. As in most of early American history, the injustices attached to race were a part of life in nearly every aspect and at every place.

Early America was not color blind, and most Christian universities, like all other areas of American society at the time, followed suit. These were not simply times of prejudice toward people of color, but that of anyone not thought to follow a particular mold. For Christian and all other schools, this meant that age, race, sex, disabilities, and any other factor could be used to make decisions about the applicant or student.

Interestingly, there were occasional vestiges of resistance to such prejudice in some Christian schools at the time. Wheaton College of Wheaton, Illinois was one such school. Here, administration did whatever possible to aid those of color in education as well as other matters, taking on what is known as a rare, “abolitionist” approach in the industry.

As Christian schools were a sort of sign of the times throughout most of early American history, they still can be viewed as such today. As outright prejudice has largely diminished in public affairs in the US today, so too have most signs of it in today’s Christian school.

Christian institutions are legally bound to act without prejudice, just as all other enterprises in the US. They are also admittedly much better served by the inclusion of all types of groups, ages, cultures, races, and other forms of human variety in the school environment. In addition, we can look to the attendance numbers produced by many of these schools in recent time. This successful fostering of school diverseness is what is now referred to in the industry as “cross-cultural competency.”

Students of all types are attending Christian learning institutions today and are flourishing. Minorities are taking leadership positions, gaining influence, and going as far up the ladder as they personally desire. In addition, some school’s numbers with regard to minority enrolment are surprisingly high today. One excellent example of this can be seen at North Park University where recent reports showed an approximate 40% of incoming students being minorities.

Diversity in humanity is something we all know is essential today. One could also accurately say that most Christian schools have historically followed the learning curve toward that fact’s realization, and today, represent it’s full understanding and agreement. This piece is meant to, as accurately as possible, represent a summarization of history’s Christian college in the US and the important concept we now know as diversity within it.