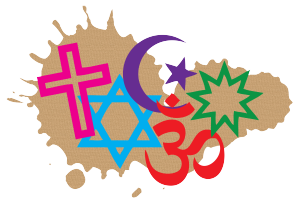 If you think that the only schools that offer religion are private schools, you’ll quickly find that you can get a degree in religion from a public university. Many students assume that they can only earn those degrees from private schools with a connection to a religious order, but dozens of public colleges across the country offer religious degree programs. After comparing the two, you might even find some big benefits associated with taking courses through a public college.

According to the National Center for Education Statistics, the cost of college rose nearly every year since 1981. The organization found that the average cost of attending a private university was more than $33,000 in 2012. Some private schools charge even higher rates, and many students find that their costs rise when they factor in textbooks and other supplies, a dorm room on campus and food for the year. The cost of attending a four-year public college for your religion degree is much less expensive at around $14,000 a year.

Earning a degree in religion from a public university requires many of the same things that a private college program would. Most schools require that you complete 120 credit hours or more of courses and that nearly half of those credits come from general education requirements. Those requirements often include courses on math, life and health sciences, social and behavioral sciences, art and humanities, and some public schools now ask that you complete a fitness requirement as well. You will also take a handful of introductory courses that teach you about different religions and how to understand the beliefs behind those religions before taking more advanced courses.

One reason why so many students choose public universities for their religion degrees, is because those programs give them more freedom. Several of the top religious private colleges in the country have morals clauses that students must agree to follow when enrolling. The school might demand that you follow a strict curfew and be inside your dorm room before a specific time each night and that you do not allow members of the opposite sex in your room.

When you earn a degree in religion from a public university, you have the chance to engage in other opportunities too. Many schools offer study abroad programs that let you spend a summer or a semester studying religious sites in Rome, Paris, London or another city. If you study religion in the hopes of one day working as a minister or a preacher, you can join a program that lets you minister to those in another country. You’ll also find programs that let you gain leadership skills and experience helping those in the Appalachian mountains and other poorer and more rural areas across the country.

Those who study religion gain a better understanding of different faiths that they use to teach and educate others. While a large number of private colleges offer religion programs, you might enjoy the freedom and opportunities available when you earn a degree in religion from a public university.