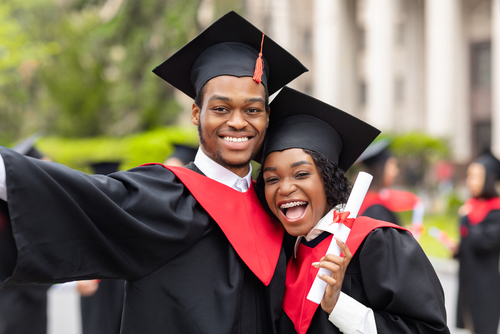 Have you ever wondered what a historically black college or university is? You’re not alone; it seems that even the Secretary of Education has a muddled idea of what these institutions are and have been in American history. To shore up any confusion, here is a quick primer on the history and definition of these schools and why they are important.

Historically black colleges or universities, known as HBCUs in America, are unique in the country’s education system. They are institutions of post-secondary education that were created prior to 1964 with the express focus on serving the African-American community. It was a direct response to traditional colleges that had a tradition of refusing to accept qualified African-Americans during the time of segregation. There are currently over 100 schools that qualify for this distinction in the United States. These institutions confer degrees at all levels, including postgraduate work; some even have their own professional programs, such as law, medicine, dentistry, and pharmacology.

HBCUs were designated in the Higher Education Act of 1965, which was signed into law by President Lyndon B. Johnson. It defined HBCUs, or “part B institutions” as any college established before 1964 that catered to African Americans and was nationally accredited by an association recognized by the Department of Education. It was also defined as a school that could reliably offer the quality of training for employees going into the workforce as defined by the same department. The act also allocated federal funds to these institutions for the creation and maintenance of these schools. This act, borne out after segregation was outlawed, made it possible for these institutions to acquire the distinction of academic excellence they deserved.

As stated above, these institutions were founded to serve the African-American community at a time where segregation was rampant in America. Many of these schools, however, were established well before 1964 and were founded before the American Civil War. In fact, the Morrill Act of 1890 required that states establish colleges for African Americans if they were already excluded from attending other institutions. These schools are more common in the North and West of the country, whereas Southern schools only came to fruition after the Civil War but before the ruling on Brown v. Board of Education. In 1964, the Higher Education Act allocated federal funds to HBCU schools, but many institutions were not eligible for the distinction at the time.

It was found in a 2015 study that the attendance of African American students at HBCUs was down to 8.5 percent, a significant drop from the 13 percent that enrolled in 2000. It is thought that desegregation, financial aid, and a rise in incomes has accounted for this dip in enrollment. Now, HBCUs are racially diverse, accepting students regardless of ethnicity, gender, culture, or religion. It is true, however, that HBCUs remain more racially diverse than most universities in the country, with many reporting high application rates among Asian, Hispanic, Middle Eastern, and international students. This is thought to be because of the open and welcoming atmosphere of these institutions.

HBCUs have a challenging but incredibly critical role in American education. With a diverse student population and a focus on educating students on racial diversity, these schools are part of what makes America great. Now that you know what a historically black college or university is, you can make a decision on whether or not these schools may be a great choice for you.