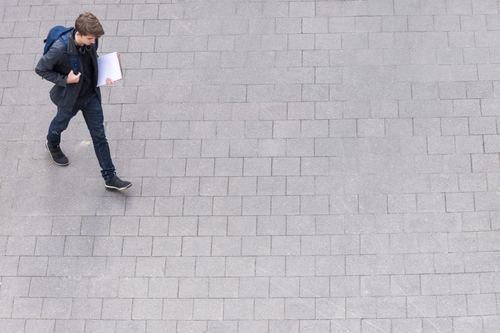 There has been an interesting shift in American life recently in the relationship between religion and school. In even somewhat recent times, students at even the most major institutions such as Harvard or Yale were often supposed to meet for chapel on a daily basis, with strong punishments doled out to those who were caught skipping.  With these changing times more and more families are looking at continued education in a religious environment.

As times change and new generations take the old spots at colleges and their administrative boards, rules such as compulsory chapel have gone by the wayside. In many ways this has been a good thing: As persons of all faiths are welcomed into higher education, the thinking goes, administrators can leave religious decisions to the students themselves — a bit like leading from behind, so to speak. Colleges like Harvard now have their own student-run societies for students who are keen to spend time with colleagues of a similar religious background, all under the umbrella of a university’s interfaith protocol.

The Best of Both Worlds

But for many students who have been raised in a particular church, the desire to have an educational experience that combines the experiences of their upbringing with the new learning experience of college are finding that the rewards are out there in a way that can appeal to both old-fashioned and new value systems.

If your values are such that you’ve found a Christian college better served your college needs than a secular institution, you’re not alone — many students are feeling that if they have grown up in a particular church, they can often find more likeminded students with a school based in religious practices they’re familiar with, and often share the same values that the student was raised with.

A question many students have, since the curriculum of schools centered around religion can often be very different than ones that are not, is whether credits will transfer to other schools if the student wants to make a change or continue on to graduate school at some point.

The answer is that this really depends on whether the Christian college you’ve attended is accredited by the same organizations as the colleges you’re transferring credits to. This is a major point in determining how you would like to make steps in your education — accreditation being a major determining factor in how other colleges will see the education you’ve completed, since accredited colleges will be held to the same standards, thus showing a way for schools to know what the student’s level of attainment is.

Some colleges who take religion as a first principle in determining their curriculum and learning environment such as Southern Methodist University and Brigham Young University, for example, are not only accredited, but often are ranked highly in the fields of study they offer and are highly reputable to both employers and graduate schools.

So be aware of the institutions you’d like to attend, and what their accreditation status is when deciding on your studies. The rewards are certainly out there for the hard working and dedicated student, so be sure to enjoy what for many is one of the greatest periods of their lives!