Like any academic discipline, there are top careers in liberal arts. The liberal arts encompass many different subjects, and some of them lead to more high-paying, satisfactory and prestigious jobs than others. Consider these liberal arts careers that pay very well and are generally in demand.

Law is perhaps the highest-paying and most prestigious liberal arts profession. Students cannot become attorneys with just a bachelor’s degree and need to attend law school, which is almost a separate discipline. However, law heavily uses most of the key tenets of a liberal arts education, such as verbal and written communication, critical thinking, research skills and more. Paralegals, who are legal assistants and do many of the same tasks attorneys do, also make good money as a career option for liberal arts majors who don’t want to go to law school. Paralegals can start working easily with a liberal arts degree and a certificate in paralegal studies. 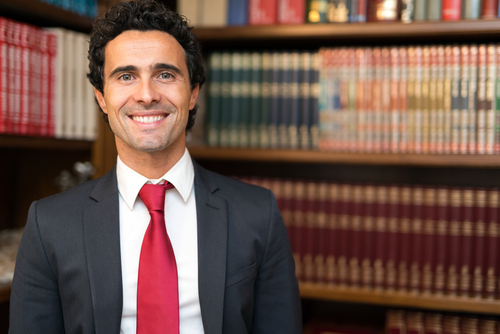 Psychology is a liberal arts subject that is generally in high demand and pays very well. It is considered a liberal art because it blends the science of human psychology with soft skills to assist people who need it. Psychologists differ from psychiatrists in that they are not medical doctors and cannot prescribe medication. However, they do need to have a Ph.D. for most positions and earn a little less than six figures annually on average. Psychologists typically need to be licensed to practice as well. They can work in private practice, schools or healthcare facilities.

With a degree in human resources or business, both liberal arts subjects, students can pursue a career in human resources. Human resources professionals manage an organization’s people and are a critical department in any business. They do many tasks for an organization such as aid in the hiring and firing of employees, mediate employee disputes, manage employee benefits and more. They need to have excellent interpersonal and problem-solving skills to be successful at their job, traits a liberal arts education teaches. Human resources specialists often make six-figure salaries when they move on into management, making this a very lucrative field someone with a liberal arts education can enter.

Economists take a more liberal arts approach to the field of finance. They largely interpret various economic subjects by collecting data, conducting research and making predictions. This is a career that is growing faster than average and commands a six-figure salary, making it one of the top careers in liberal arts. Economists usually need to have a master’s degree or Ph.D., but some jobs may be available to holders of bachelor’s degrees. They can work for private businesses, the government and non-profit organizations.

Related Resource: 50 Most Beautiful Christian Colleges in the U.S.

In spite of the popular image of writers as starving artists, the Bureau of Labor Statistics reports that writers and authors earn $62,170 a year on average, which is not an insignificant salary. Technical writers, who largely write manuals and instruction guides, make even more. Due to the increasing demand for online content, there is plenty of work for writers, especially on a freelance basis, although full-time jobs may be more difficult to get.

Unfortunately, liberal arts have a reputation for being unemployable or underpaid. This could not be further from the truth, as evidenced by these top careers in liberal arts.