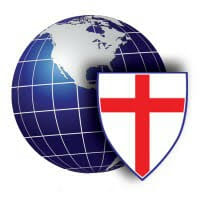 What is a parachurch? Whether you’ve been involved in your religion for a long time or are just getting interested in your faith, you may be wondering what a few terms mean, and the word parachurch can be pretty confusing. To find out what a parachurch is and what its uses are, read on.

What Do They Do?

Once you know what a parachurch is, your next question probably has to do with what kind of activities that they’re involved in. In general, parachurches have two goals: evangelism and social welfare. Basically, they want to help people become and stay healthy both physically and spiritually. Through evangelism, members of a parachurch try to lead others to God by doing missionary work. This work may include building churches, handing out Bibles and witnessing to people. Social welfare organizations that can be run by parachurches may include places like:

Depending on the size and budget of a parachurch organization, any one of these kinds of social welfare agencies could be run by either full-time staff or part-time volunteers. Workers and volunteers are often religious, but not all of them are – non-religious people and individuals from different religious backgrounds can also be involved in parachurches.

If you still aren’t really sure whether or not you understand what a parachurch is, an example might help. Cru, previously known as Campus Crusade for Christ, is a very well-known parachurch organization. Branches can be found in many colleges and universities throughout the Unites States. Students who are involved in Cru learn more about God and grow in their faith through student meetings and activities. They also get involved in evangelism and social welfare causes by becoming involved in their own communities and going on mission trips. Mission trips can focus on:

Even though it can seem like churches and religious organizations use a lot of technical jargon, most of the words aren’t too hard to understand. Now that you know what a parachurch is, you can figure out if working or volunteering at one might be something that you’re interested in.